Are you raising messed up kids? 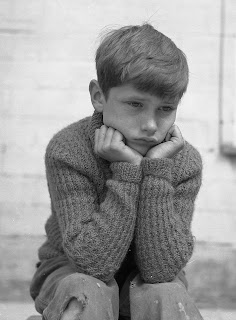 The internet and twitter are very useful tools for finding new information. Today I was searching the web and I arrived on a blog written by a third culture kid. The words I read stayed with me all day and I just have to share them with you. I have written about my 10 disadvantages of growing up abroad and I have written a blog on the downside of growing up abroad as a third culture kid.  You know it's true, children are flexible and they can easily adapt to transitions but there is a cost we pay. Please parents do think ahead and consider what effect multiple moves will have on kids. Here are the words I read:

"Dear everyone who has kids: If you want to mess up their heads and damn them to loneliness, raise them in a place radically foreign from what you know and love.  It works every time.

There are real challenges for third culture kids, children growing up in multiple countries, continents, and communities. There is an "identity issue". Where do I belong? Where's home? Who am I? Where do I fit in? I have written about cultural identity confusion and third culture kids before. When I was growing up in Africa I cannot really remember having any real identity issues. During primary school I attended an International school so there were kids from many different nationalities. We were all different, there was no problem there. The community was constantly changing. We were saying "hello" and "goodbye" regularly. It was a way of life. To me it was a normal way of life. During secondary school in Zimbabwe I remember being called "the foreigner", but even that I could accept.

The identity issue became a real issue when I went to university in the Netherlands (my passport country).  My whole life I had said that I was Dutch. I spoke Dutch, I had a Dutch passport, nearly all my family lived in the Netherlands and yet suddenly I did not feel Dutch. I discovered that there were many things about normal Dutch life that I did not know. It is so hard to explain, it is not only about knowing things but also about feeling different.

Through twitter I came across a blog post written by Julia Munroe Martin. She was a third culture kid (TCK). She grew up in France, Belize, Kenya and Uganda. She writes about "always feeling and being different in every culture, never fitting in anywhere..."

Related posts:
Image thanks to Jusben Morguefile
Posted by DrieCulturen at 21:46