Guest blog by An African Gypsy: A story of an Adult Third culture kid 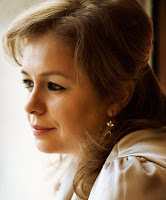 I was born in ex-Yugoslavia in the 1960’s. My divorced mother met a Sudanese student of Agriculture when I was five. Later, they got married and we moved: first to Iraq then Libya and traveled extensively by car through Turkey, Greece, and Egypt.
When I was twelve we settled in Khartoum, Sudan where I attended a Catholic school for girls and lived on a farm by the Nile. Sudan was a melting pot comprised of Coptics, Syrians, Greeks, Egyptians, Lebanese, numerous Sudanese tribes as well as the expat community. An entire generation of multiethnic and multifaith children.
There was something exhilarating and never monotonous about having all these customs, cultures and beliefs blend in one place, constantly something new to learn. Bewitched by the music, folklore and language of each country I have visited or lived in, I still love applying the intricate patterns of Henna and wearing the colourful Tobe. (A garment indigenous to Sudan that is draped around the body and worn loosely over the head) My favorite facet of such a lifestyle was accepting everyone equally. Colour, race or faith made no difference to me. Most people I grew up with were mixed race including my siblings who are also Muslim.
Even though I loved Africa I missed my grandparents, my father and my hometown. Also, I didn’t fit into any of the existing *categories* in the Sudan. I was not half Sudanese as many of my friends were and I was not an expat child whose parents worked for embassies and foreign companies. I grew up immersed in a Sudanese household, with a Sudanese stepfamily and half African siblings but my outer appearance didn’t fit my colloquial Arabic dialect or my unconsciously native mannerisms. Little children would run after me on the street giggling and shouting, “Halabiya” (Gypsy) due to my fair skin. (In Sudan, people from a gypsy origin are lighter skinned) Or they called me “Khawagiya”. Foreigner. It didn’t feel good.
As I get older, my birthplace, my hometown of Osijek by the Drava River tugs at my heart more urgently. I get emotional over Balkan songs and jokes. I miss the aroma of local bread, the delicate peaches, and chestnuts in the winter...the fields of sunflowers. On the other hand, the magnificent Nile, the scent of mangoes and jasmine and the rhythm of African drums call me just as powerfully.
Nowadays, I live in Dubai, interacting with people from 198 nationalities. Listening to the soothing echoes from a host of languages intrigues me in countless ways. Here, I blend in.
This interest in multiculture has led me to pen stories about individuals who are displaced, then thrown together in a culturally alien setting and how that changes them. My novel ‘Dubai Wives’ follows the lives of eight women from ethnically, culturally and religiously diverse backgrounds and their transformative journey in the glamorous metropolis of Dubai, a place as intricate and complex as the woven threads of a beautiful carpet.
Through all my writing and inner self searching I have realized that I will probably never be completely content in any one place, cursed and blessed by the countless forces that  have shaped me.
Good sites for third culture kids: http://www.tckworld.com/ and the Global Nomads Group.
********************************************
Thank you Zvezdana Rashkovich for your guest blog! It's my honour. Zvezdana is author of the novel Dubai Wives. On her website www.zvezdanarashkovich.com you can find more information. We met on twitter @SleeplessinDubai in 2011. We have in common that we both grew up in Africa and are both (adult) third culture kids.
Posted by DrieCulturen at 22:18