Christmas around the world. 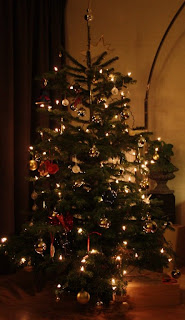 Sorry to say I don't have much inspiration today, but I do want to wish you all a happy Christmas. So I will start by doing that in several different languages. On this website you can even hear how some are pronounced. As a third culture kid I grew up multilingual and I still enjoy hearing different languages being spoken around me.
Here is some interesting information about Christmas around the world:
Well as a third culture kid we celebrated Christmas many times in Malawi and Zimbabwe. My memories of those times are a mixture of English carol singing, church, pot luck meals (yummy! trifles and more), new made friends, swimming, eating, making music and of course a Christmas tree. Even though there was never snow!