Blog anniversary: Interview with Apple Gidley and a giveaway to celebrate! 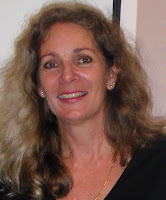 So it's my second blog anniversary and it's good to celebrate achievements! It's my honour to introduce AppleGidley to you. She's author of the book Expat Life, Slice by Slice. Are you interested in participating in the giveaway? Just leave a comment here and you might be the winner of a signed copy of Apple's book.

I’ve been extraordinarily lucky to have lived in many countries, twelve at the last count. All have left indelible marks on my life, some more positive than others. I was fortunate to fall in love with a man whom I met in Papua New Guinea and who has the same wanderlust. I have also been able to find employment, whether voluntary or salaried, in most places, probably because I was prepared to try anything. Our children were born in the Netherlands and Thailand, and despite a childhood punctuated by moves have turned into empathetic adults, with a keen sense of justice and an ability to fit in everywhere. I doubt very much their lives will be static.

2.         Which countries were you raised? Where do you live now?
I was brought up in Nigeria with brief spells in England, then Malaysia, Singapore and Papua New Guinea. My mother was Australian and I went to boarding school in Australia (her old school) when I was ten.

I spend most of my time in America with extended stays in the Caribbean, and trips to England to spoil my granddaughter, though she is about to move to Trinidad with her parents, but home is wherever my husband is, which for now is Houston, Texas.


That raising children anywhere, whether TCKs or not, is a tough job but without doubt the most rewarding, and for which no amount of reading can prepare you. The manuals never seem to cover whatever drama is currently unfolding.

4.         What advice would you give parents about helping their kids when moving and adjusting to a new environment?
Children pick up their parent’s vibes in a heartbeat it seems, so staying positive, excited and curious about a new posting is important – even when you feel like crumbling in a corner amongst the packing cases. That doesn’t mean I’ve always managed to be upbeat all the time. I haven’t. But I am naturally curious and therefore eager to experience new things – I think this rubbed off on the kids. I also believe it terribly important to say goodbye properly. Farewell parties and goodbye rituals validate the children’s, and adults, friendships and allows space to feel sad. If we say ‘goodbye’ well, it clears the way for saying ‘hello’ to new friendships and experiences.

There are some excellent books on the market for young children these days, the Pixie series by Emmanuelle Payot Karpathakis for example.

5.         What do you think the greatest challenge is when raising kids in other cultures?
I think finding the balance between the passport culture and the new culture can be difficult. The expectations of new neighbours or classmates can be confusing and divisive for children and teens, particularly for those from immigrant families and those who come from a strong parochial society.

On the other hand experiencing different cultures is one of the greatest benefits of growing up a TCK. An inherent understanding and acceptance of another’s viewpoint, and learning the art of compromise, can be a huge asset in adult life, both in the workplace and at home.

6.         Where’s home for you?
Wherever my current base is, which is another way of saying wherever my husband is, as it is his work that has allowed me this privileged life, as an adult, around the world. He is my bedrock.

7.         Do you have any advice for TCKs?
Yes. Don’t get too hung up on ‘belonging’ to any one tribe. It is natural to feel more comfortable with one kind of person than another, but it doesn’t mean you have to share all the same experiences. It’s fun to have a wide variety of friends and acquaintances with different backgrounds, and it doesn’t matter if they don’t always ‘get’ you.

Everyone has difficult things, or events occur at some stage in life; we have to deal with them as best we can with the tools we have at that time, then move on. Sometimes we get so hung up on worrying about what has happened that we forget to relish what is happening. Life is just too damn short to wallow. 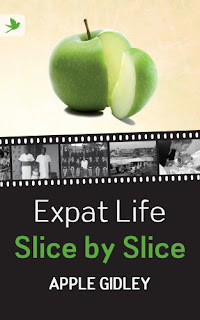 It is a memoir that I hope not only tells some of the events in my life, some humorous, some sad, but also shares lessons learned along the way. Some were learned from my expatriate parents, from other expatriates and from the people whose countries I have lived in, and some were gleaned from experiences, good and bad. It covers everything from TCKs and education to working to aging parents and a raft of things that face us all, whether a global nomad or not.

8.         9. Do you have tips for people who are interested in writing a book?
Just do it. I wittered on about it for years but it was my husband’s impatience at my procrastination that finally got me to sit down and write. I tend to write what I am feeling or thinking about at any given time, so I didn’t worry too much about continuity until I had the words down. Then I went back and organised it.

10. I see you have been blogging for My Telegraph since July 2010. How did you become a blogger for that website?
My publisher, Jo Parfitt at Summertime Publishing, told me I needed ‘googlability’ before she would consider publishing me, and suggested I start a blog. I had written a few articles for the Telegraph in the UK and thought it would be easier to write on an established website rather than start from scratch, and it gave me exposure to a wide range of people. She also suggested I
focus on one area, such as expatriate or intercultural issues, but I didn’t take that piece of advice as I have a broad range of interests, about which I can normally find something to say!

11.       You tweeted that you have just finished your next book, we want to hear about it!
Thank you Janneke for asking me that, as I am about to start looking for a publisher! The Twittering of Sparrows, not unsurprisingly as the experts say write what you know, is a novel about four women who meet in Malaysia and continue a friendship through various relocations, and over a span of about fifty years. It covers the ups and the downs of living in a country not one’s own, and has a twist at the end. The name comes from the game they all love to play, Mah Jong.

12.       You lived in the Netherlands for some time too. What did you enjoy here?
We lived in Emmen, and without doubt it was the generosity of spirit of the people around us, and their willingness to forgive my mauling of their language that helped make my four years in the Netherlands very happy. Even the winters were wonderful, with snow and frozen canals that made me feel I was in a Brueghel painting. I loved the market where the stallholders watched over my pregnancy with delight and advice, and then when our daughter was born, more advice and slices of ham and cheese, which were grabbed by chubby fingers encased in fluffy mittens. I loved the bicycle culture, except on freezing windy nights, but the bitterballen met mayonnaise and jenever helped!

13.       What did you dislike or have difficulty with in the Netherlands?
Having spent a large part of my childhood in Africa and Asia where ambivalence, obfuscation and subtlety are revered, it took me a while to adjust to the straight forwardness of the Dutch. In time though I came to appreciate it as making life a great deal less confusing.

14.       Any last “food for thought” for us?
I think amidst all the chaos of packing and adjustments, particularly at this time of year when people are on the move again, it’s important to remember the chaos will dissipate, the groans of reluctant children will lessen and we will find a friend with whom to share coffee or wine.

Websites like this are an invaluable source of advice and encouragement for global nomads and TCKs everywhere, so I’d like to wish DrieCulturen a very happy birthday!

Thank you! To enter the giveaway leave a comment here (with email address or a link to get into contact with you), the closing date is 30th June. Let me know why you would like to win a signed copy of Apple Gidley's book Expat Life. The giveaway is open to anyone living on this globe. The winner will be randomly chosen. I will announce the winner on the 1st of July.

"Apple Gidley’s Expat Life: Slice by Slice is, simply put, one of the very best expat memoirs I’ve read in recent years (and I’ve read many)." Linda from Adventures in Expat Land.

Related Posts
Posted by DrieCulturen at 20:54